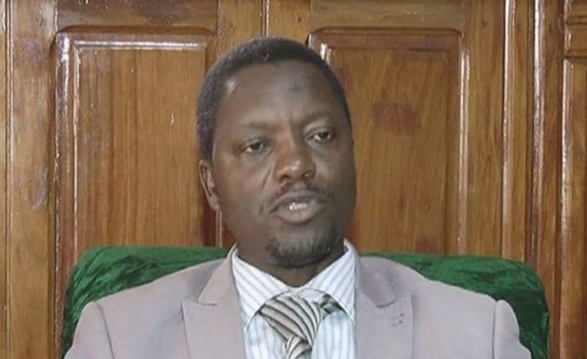 Contrary to comments that went viral suggesting that the Ambazonian leadership is at variance with Prof Maurice Kamto and the ideals of the MRC Party, a signed release dated February 18 has proven the contrary.

There has been a series of reactions following an open letter published by one of the detained Anglophone leaders, Dr Tassang Wilfred castigating Maurice Kamto and the ideals of the MRC.
According to the open letter, published on February 12 by Cameroon News Agency https://mobile.facebook.com/story.php?story_fbid=2654710267975341&id=652585094854545&_rdc=1&_rdr Maurice Kamto: Worse than Paul Biya according to Deacon TASSANG Wilfred who wrote from the Kondengui central prison in Yaoundé.

The letter began by saying that “Maurice Kamto, Chairman of the CRM party, unfortunate candidate of the 2018 presidential elections of LRC and former inmate of the Prison Principale Kondengui, Yaoundé, is known as one of the best legal minds of his country, and well celebrated around the world and within UN circles for the sharpness of his wit. For a reminder, this learned professor led LRC’s legal representation in the case pitting Nigeria and the former over the Bakassi Peninsula at the ICJ. Cameroun’s victory over Nigeria was largely attributed to him. Little wonder that he was rewarded with a junior ministerial portfolio at the Ministry of Justice after that feat.

It is also said to his credit that it was under his watch that plans were made to decimate the Common Law system in Cameroun, seeing for a start, the flooding of the two regions with francophone huissiers de justice, or bailiffs, which functions are carried out in our territory by lawyers ”Tassang further said one would expect that this Professor of Law would be the first to cry foul when the law, local or international, is rubbished by the Yaoundé junta he wants to unseat. Shockingly, Prof. Kamto who is well schooled on the history of the Cameroons and is an authority of international law, will not accept the truth about the history of the Southern Cameroons, neither will he acknowledge the international right to self-determination granted every people. Is there anything professorial in any man who cannot face the truth, and uphold it?

According to Tassang, 48 hours after their release from Kondengui, the professor’s partner and ally, Albert Dzongang, declared on TV that the best thing that happened to them in prison was that they established a rapprochement with the Ambazonian leadership in jail, whatever that meant. Could there have been a rapprochement if the two parties didn’t meet and talk? Is it not therefore very unprofessional that Kamto would declare that he and his team never discussed with the Ambazonian leaders in detention? Why will he lie?

Tassang added that for the records, the professor lied. “I bring this clarification so that those Ambazonians who are falling head over heels to be received by him in the Diaspora may know that this man is to be avoided like a flea. It was at the Professor’s request and insistence that a team of four, led by Sisiku Julius AyukTabe met with his own team. I don’t know why the man of law will lie, but this singular action confirms what Sisiku had told him and his men earlier; you all are like Paul Biya, that is, if anyone was in doubt of that.”

He added that his opinion about PhDs and Professors who cannot uphold the truth, and especially when they are professors of law, is that they are not worth one Amba coin. While describing him as LRC’s Wonder boy, Tassang tells Ambazonians to run away from him Kamto. “We have not been able to get Chairman Fru Ndi to endorse the restoration quest, how think us that we can do so with a Kamto? The man doesn’t even flatter us; he doesn’t think we are worth humouring.

What does Kamto want from Ambazonia? That we support him unseat Paul Biya so that he can, in turn, further enshrine our servitude, or if you will, *special slave status. If with their little education, Ahidjo, and then Paul Biya could reduce us to this, how much more will this most witted professor of Law accomplish? Not that our case has flaws; there is no loophole in the truth.” He said.

Tassang ended by saying that these are not the kind of people we can fool around with in the name of seeking for sympathizers and that “Of course we will negotiate with Kamto if he becomes leader of LRC tomorrow, but we should not deceive ourselves; Kamto will be a more formidable adversary than Paul Biya. This lying Professor is worse than Paul Biya. Avoid him.”

Comments
The letter was received with a lot of comments online, mainly negative comments on Kamto, supporting the writings of Tassang.
“Kamto refused us victory in 1992 Presidential election with his so call electoral law; little did he know that this same law will catch him. So he cannot say word to Ambazonians” says a commentator.
Other comments say Kamto is Lucifer and Person, that he is a distractor and that he is a black leg, meaning traitor.
Another person writes that “Francophone, French, evil blood cultures is all about interest & not important of humans. Have confidence in any francophone of La Republique du Cameroun at your own risk”

The Disclaimer
More than a week since the said letter went into circulation; it took the Ambazonian Leaders, known as the Nera 10 till February 18 to react over its content and credibility.

Some Members of The Nera 10

clear worded document signed by 9 out of the 10 detained leaders in Kondengui, the leaders took their stand against Tassang

In a The letter which is titled, Disclaimer, reads thus, “We read with some consternation an open letter allegedly from Mr. Tassang Wilfred writing from Prison Principale Yaounde early last week, in which he casts aspersions on the person and character of the person of the President of the Cameroun Renaissance Movement, Prof Maurice Kamto,” the Ambazonia leaders said.

“We members of the Ambazonia leadership in detention write to distance ourselves from that write up. The views expressed by Mr Tassang are in no way a reflection of what we stand for. We have the utmost respect for Prof Kamto as a person and as a leader of the main opposition party in La République du Cameroun,”

According to the letter, the leaders insisted on their commitment to an independent and sovereign Southern Cameroons recognized under international law, based on the UN Resolution 1514 and 1608.

The group of leaders added their voice to the call for mediation on a neutral ground as the only panacea to the Anglophone crisis.
The letter which has already found itself online in websites such as http://www.tebopost.news/2020/02/22/nera10-cracks-julius-tabe-and-8-others-vomit-tassang-from-prison/ and facebook pages in the likes of https://www.facebook.com/100028059098062/posts/508507920094507/?app=fbl have already attracted a good number of comments is leaving us with a bigger question on who is right and who is wrong, Tassang, the rest of the Nera 10 or the followers and supporters of the Ambazonian Struggle.