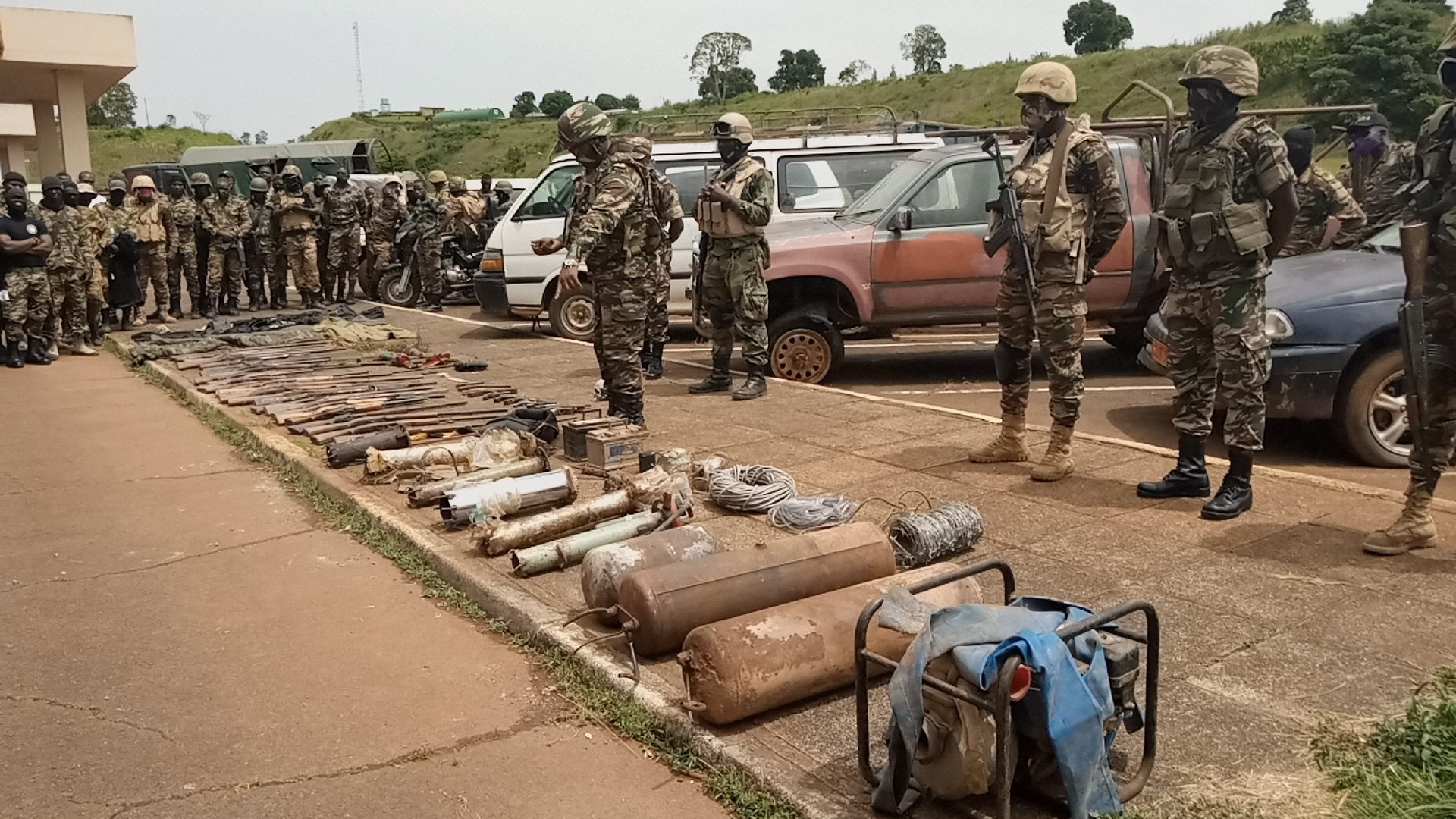 News about the killing of « General Alhaji » of Bafut by the military recently trended not only in Cameroon’s audiovisual, print and online media landscape but also abroad. DataCameroon, after verification found out that he’s still alive.

Among the Non-State Armed Groups (NSAG) fighting for the restoration of the statehood of former British Southern Cameroons, named « Ambazonia » by the fighters is Bafut 7Kata Amba Force. According to Wikipedia, the group, commanded by « General Alhaji » was founded in 2017/2018 by taxi operators who lost their livelihood due to the ongoing Anglophone Crisis

It is alleged the fighters had captured the entire sub division, shutting down all government offices till date, schools, businesses, and other institutions. Unable to bear the heat of frequent gun battles between state forces and the armed fighters that usually resulted to killings, arson and looting, almost all of the population deserted the area as people relocated to safer places within and without the region.

In late April 2020, a military contagion of 300 mixed troops commanded by Colonel Matiang Charles Alain launched a special attack dubbed Operation Free Bafut at the end of which local, national and international media picked the story, reporting on it’s outcome that included the killing of some fighters, destruction of their camps and the recapturing of Saddle Hill Ranch, a reputable touristy site which the fighters had made their base. In addition, most of the papers like The Guardian Post (No. 1879, Page 6), La Nouvel Expression (No. 5212, page 4), radio and TV stations like Vision4 and CRTV, news blogs like The Observer 237 and websites like Bamenda Online, Xinxua News, L’Action etc that carried the story said « General Alhaji » was killed in the attack, some quoting the military as source of the information.

The booty seized from Alhaji

Recently, the military launched the second phase of Operation Free Bafut. During the first phase, his camp at Saddle Hill Ranch was raided but he cheated death. During the second phase that was carried out within the last week of May, his compound at Acheni quarter was targeted and again he was nowhere to be found. After the raid, the military got hold of his two daughters (one aged 20 and the other 6), a human skull and arms.

These children plus other recovered items like bikes, locally made canons, a generator, dane guns and cars among which was a school bus, a tricycle and tipper of the Bafut Council were presented to the press on Tuesday June 2nd 2020. This was during a visit by General Nka Valère of the 5th Joint Military Region and General Ekongwese Divine of the 5th Gendarmerie Region to the Bafut Airport to ascertain the successes and challenges of the operation.

DataCameroon interviewed the 20 year old daughter of « General Alhaji » whose only name we are giving as Ngwa for security reasons. She confirmed to us that her father is still alive. Quizzed on how she found herself in military barracks with her kid sister, she said « That day (Thursday May 28) I was in the house sleeping and by 5 o’clock in the morning, I heard gunshots. I got up and discovered it was the military shooting. They got hold of me and asked my father’s whereabout and I told them I don’t know…Before the military came, my mother had left to go meet my father somewhere I don’t know. I wanted to follow but she refused. »

She added that she’s been based in Douala where she was learning hair dressing but was requested to come back home and carter for her grandmother. She had wanted to return to Douala but her father, « General Alhaji » refused and seized her ID Card. Even Colonel Matiang Charles testified that they found a human skull in Alhaji’s house, that he’s a renowned witch doctor. This insinuated that he hasn’t been killed yet.

Chebe Samuel is a native of Bafut. Contacted through a messaging app, he confirmed « General Alhaji » is still alive. « I saw him last week on a bike as I was coming back from my farm » he told DataCameroon. Sirri Evelyn, a farmer in Nsani was rather surprised when asked truly Alhaji has been killed. « I’m rather hearing this but from you oh » she said on phone. « Alhaji is still here and I’ve been seeing him with his boys moving around carrying guns » she added. For fear of her safety, she will not respond to any further questions and hung up the call.

After the media reported that he’s been killed, « General Alhaji » made a video of him lying on green grass, face down with a riffle in hand and blood oozing from his mouth depicting him death. His colleague stands above him, filming and crying. Still at the same scene, a picture of him lying on a thin black mattress, face up with cotton in his two nostrils and a walkie talkie besides him is taken, still by the same colleague whose red slippers appear in both the video and picture. These two were circulatec on social media. From forensic investigations, these are cooked up images.

The practice of cooking up fake videos and pictures by  renowned leaders of armed groups fighting for the restoration of « Ambazonian » statehood isn’t uncommon. In March 2020, it was reported by several online news sources that « General No Pity » of Bambalang Marine Forces, an armed group in Ngoketunjia Division has been killed. Days after, he made a picture of his corpse and circulated on social media. It’s alerged he’s still alive till date. In an article published by Michel Biem Tong on Cameroon Web, link here attached, https://mobile.camerounweb.com/CameroonHomePage/features/Ambazonie-la-mort-du-redoutable-G-n-ral-No-Pity-tait-une-mise-en-sc-ne-500968, it was a hoax. The fighters do this for their enemies to relax so they can restrategise and launch an offensive attack. 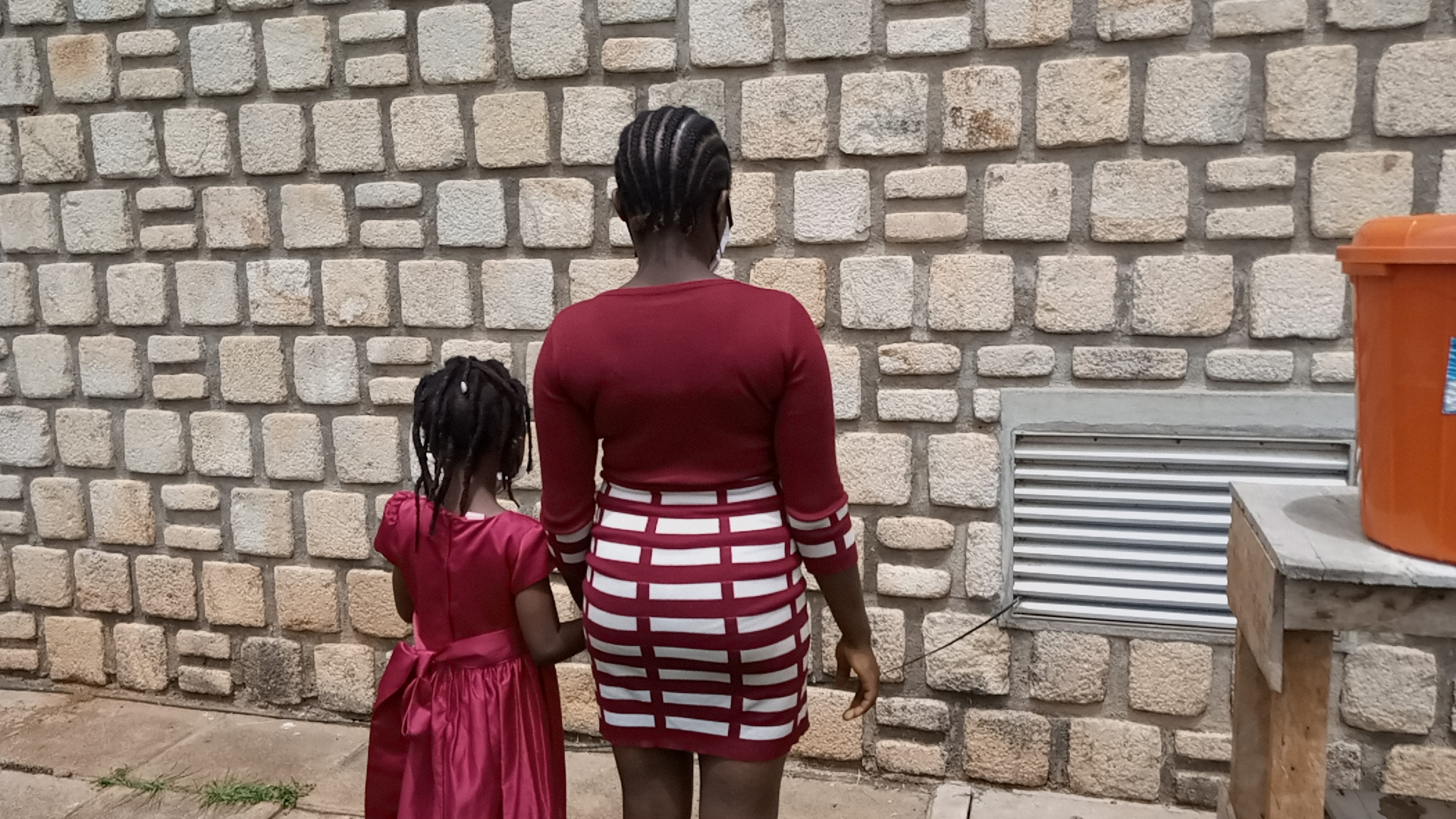 The children of Alhadji

Ngwa Saidou Njiyang popularly known as « General Alhaji » or « General Deadman » is one of the most wanted leaders of armed groups operating in the North West region. He commands the Bafut 7Kata Amba Force that has about 40 camps according to the groups Facebook page. He’s noted to have masterminded the abduction of over 70 students and some teachers from Presbyterian Secondary School, Nkwen around 3am on November 4th 2018. They were later freed days after. Before the crisis, he was a practitioner of traditional medicine. He’s married and a father of six children.