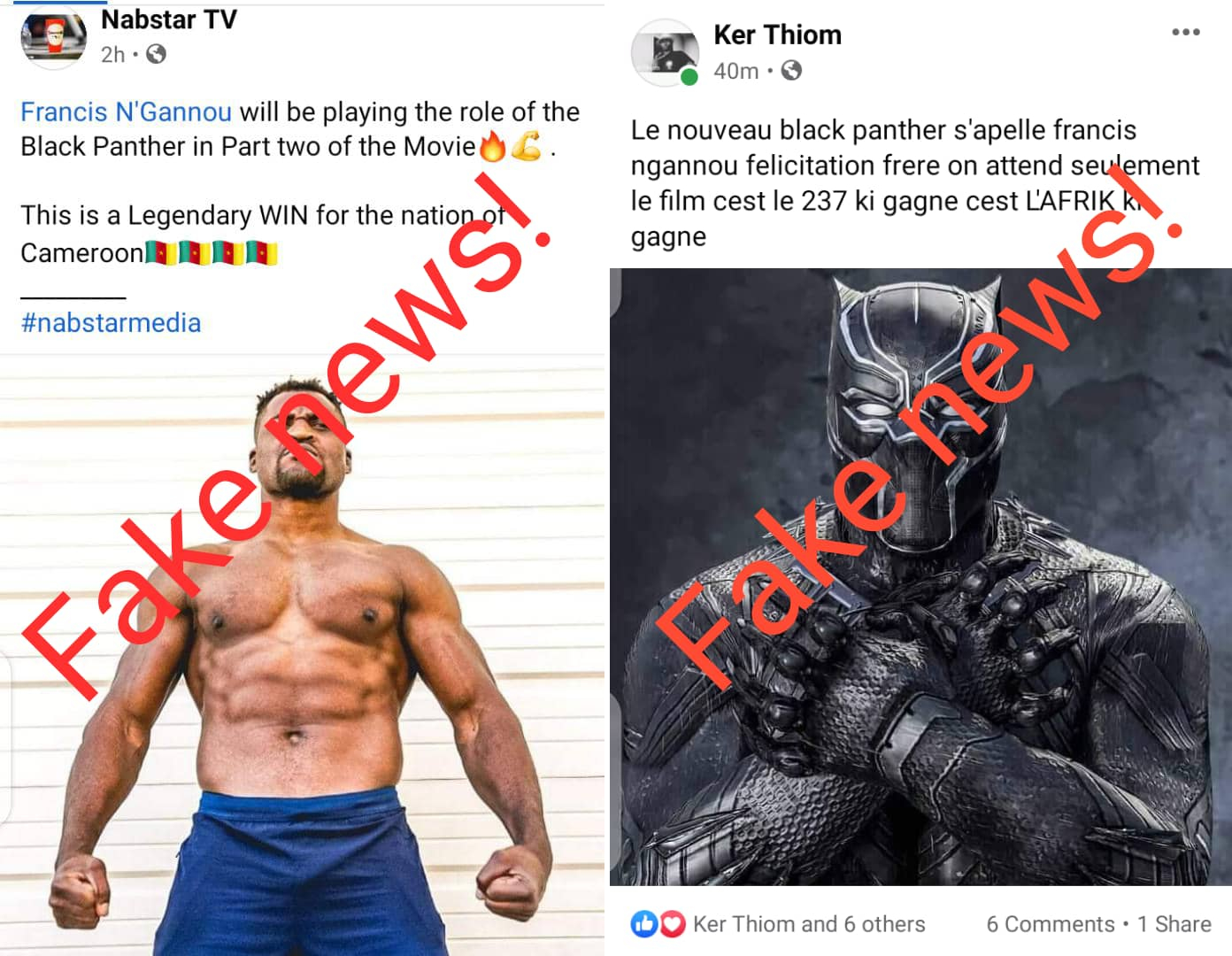 Several media outlets and social media users shared the said information, alongside a video and images of the martial artist.

Fact-checking results prove otherwise, following an analysis of the fighter’s words and other sources.

Shortly this July,26 2021 after being recognized as one of Marvel’s ‘earth’s mightiest athletes Ngannou playing Black Panther

In the 59-seconds video making rounds online, to which the reports attribute his performance in Black Panther II, Ngannou shares his journey, noting that years back all he had been just dreams. The video was taken on July 25, 2021.

While the video has been confirmed to be the fighter’s speech at the ESPN Sports Humanitarian Awards, and has been shared by him and ESPN on their official platforms, it however has noNgannou playing Black Panther proofs he is set to star as Black Panther.

The fighter’s opening words in the video read: “I want to say thank you to ESPN and Marvel for the great opportunity to all the world all I can say is wow. I’m here to represent Black Panther. I get to represent Black panther, it is amazing. Just 8 years ago I was crossing the Mediterranean to make it from Africa to Europe…”

In no part of his utterance, did ‘the Predator’ say he was playing the movie role, as is being reported by several outlets.

ESPN also shared the fighter’s words, but failed to make any mention of the reported movie role.

Prior to the recent report however, Marvel had revealed it would not be replacing late Chadwick Boseman, who played Black Panther in the first part of the movie. Marvel Studio’s Kevin Feige told Digitalspy on July 22, 2021 they are “… not going to have a CG Chadwick and we are not recasting T’Challa”.

The latest buzz surrounding Francis Ngannou comes four months after he beat Stipe Miocic to clinch the UFC Heavyweight title. Shortly after his win, the UFC fighter visited Cameroon where he made a Ngannou playing Black Panther tour of different towns, presenting his trophy to authorities.

Since his victory, the mixed martial artist’s story has not only served as a source of inspiration for many, but also as a tool for traffic for several media outlets. One video of him on UFC’s official Facebook page for instance has recorded up to 14 million views and counting.

The latest video could be termed an instance of clickbait, as social media account runners have been using it to attract viewers to their platforms instead of conveying the right message.

Posts about his success have often recorded several reactions too, such as that of movie producer and actor, Kang Quintus congratulating him for being “the next black panther”.

Work carried out within the framework of the 4th cohort of the #AFFCameroon with the support of #defyhatenow and the technical participation of DataCameroon.