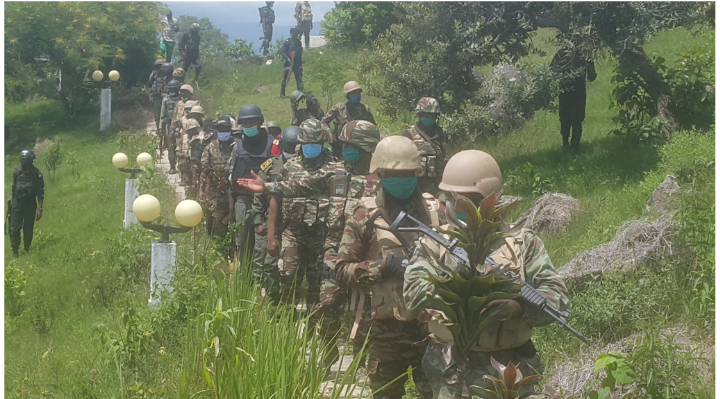 Yes, the military recently carried out an operation in Bafut but neither did they attack the palace nor endangered the Fon as reported by some media organs.

By May 4th, the post had over 250 shares with Beautiful Bafut Fondom (BBF) being one of the Facebook pages on which the post was shared by a certain Ambebi Walters. This was the rationale that spurred the fact checking of the story by ADISI-Cameroun and after proper findings, it’s untrue and worthy of being referred to as fake news.

The people of the North-West region of Cameroon refer to their traditional leaders as « Fon ». His Royal Highness Abumbi II is the Fon of Bafut. Contacted by DataCameroon on phone, he explained what happened. « They entered the palace but no destruction. » Further information gotten from the Fon revealed that he wasn’t available in the palace at the time they came looking for him and when they were told by the queen mothers that the fon wasn’t available, they quietly left. However, they have been two previous invasions that threatened the security of the palace, he confirmed, the first in 2018 and the second in 2019 after which he cried foul. « I wrote a complaint because the destruction was enormous » said the Fon. 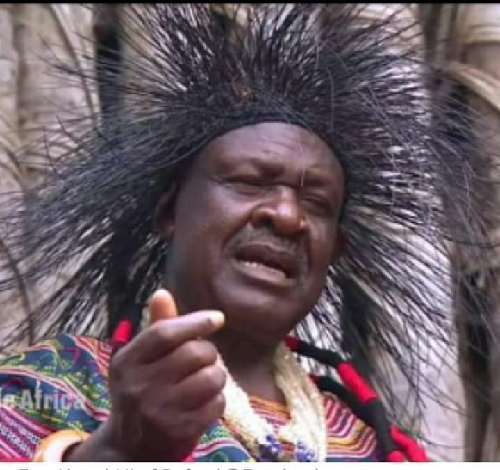 On September 24 2019, the palace was raided by government forces. Same day, the Fon released a complaint addressed to the regional governor in which he reported that the Rapid Intervention Batallion (BIR), forcefully entered the palace amidst deafening gun firing and brutalized those they met, looted property, museum antiquities, desecrated shrines and caused general trauma in the palace. He ended by appealing for an impartial and transparent investigation into the barbaric act that received wide condemnation especially from Human Rights Watch.

Included on a Tentative List of World Heritage Sites since 2006 by UNESCO, the Bafut Royal Palace comprising over 50 buildings arranged around a shrine and surrounded by a sacred forest hosts the fon and his family. More than buildings and precious objects, the Bafut Palace is a piece of Cameroon’s history and a key element of its cultural identity.

Vision4 TV, Equinoxe TV, Sweet FM, BBC Afrique just to name these few and a couple of blogs and websites had similar versions of the story in which they reported that the once reputable and touristy site, Saddle Hill Ranch in Bafut that had hitherto been hijacked and transformed into a camp commanded by the separatists under the leadership of a certain “general » Alhaji from where the fighters rained havoc on the population through kidnaps, extortion, rape etc causing the village to be deserted as locals flee for their dear lives was recaptured.

Around 15 Ambazonia fighters including « general » Alhaji and Peace Plant were neutralized during the raid while guns, pistols, munitions, motorbikes, a car, 2 horses amongst other items were recovered. After visiting the Bafut fon’s palace, General Nka Valère remarked that « The fake news that the military has burned the fon’s palace and killed children and women is to blackmail the defence and security forces. » General Ekongwese Divine on his part added that « As we have started, we are going to continue to make sure that we get to the end. The population has to be liberated »

As reported by several local, national and international news outlets (radio, TV, online), the military recently carried out a raid dubbed Operation Free Bafut. Bamenda Online, link here attached http://bamendaonline.net/military-launches-operation-to-free-bafut/ reported that « The operation cammanded by Col. Matiang Charles Alain involved 300 combined forces from the 501 Airforce base, the Motorized Infantry Brigade and other detachments of the military. » The news site furthered that « For six days beginning on the night of Saturday April 25 breaking Sunday, they combed the area stretching from Sop, Mankwi, to Manka Nikong stretching to Nsani and across to Agyati and beyond, neutralizing 15 secessionist fighters on their path and seizing the Saddle Hill Ranch, an operational base for the fighters »

The French newspaper, La Nouvelle Expression, edition No. 5212 of Monday 4th May 2020 on page 4 reported that before now, the armed group, Bafut Seven Katta Defence Force had declared the area a no-go zone. The article also added that last February, General Nka Valère, Commander of the Joint 5th Military Region and General Ekongwese Divine, commander of the 5th Gendarmerie Region declared to the population that defence and security forces are in the North West region for their security and protection of their property.

It was during this operation to free Bafut from the grip of separatist fighters that the fake news of them (the military) burning down the palace and endangering the Fon was conceived and propagated. Upon hearing such, the two military generals descended to Bafut to evaluate the outcome of the executed assignment.