Fact-Checking: No, Police did not block protesters of the massacre in Kumba 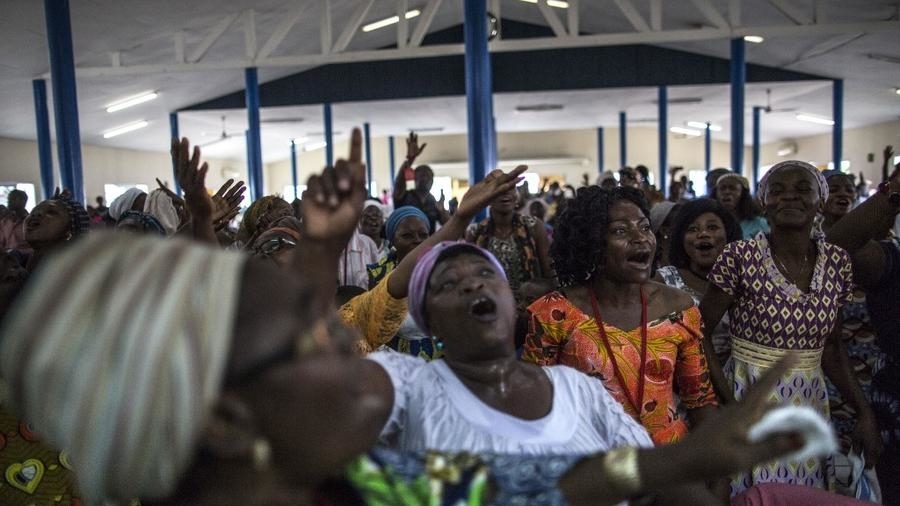 In the aftermath of the Kumba massacres, several images circulating on social networks, indicated that the police prevented a demonstration. After verification, the video which has gone viral shows an event that has nothing to do with Cameroon.

Fact checking results show otherwise social media claims that “combat ready anti-riot police officers storm the church to prevent the bishop and Christians from protesting the killings of at least 7 children in Kumba”.

Results after analysis of the video confirm it was shot out of Cameroon and riot officers prevented Christians from opening churches before the October 30th 2020 date set for the reopening of places of worship by the Gabonese government.

On March 12th 2020, the first corona virus case was announced in Gabon. Since then the figures have increased and the country at the time of this report had recorded 8919 cases with 54 deaths. Faced with the pandemic, the Gabonese government instituted a lock down.  Since July, the government has been relaxing measures with markets and super markets opened but worship centers remain shut down.

Church authorities since announced a date to reopen places of worship but during a press conference on Saturday, September 26th 2020, the Minister of Interior of Gabon Lambert-Noël Matha, said that « Any attitude that sounds like a challenge to public authority will not be tolerated”. On October 13th a document signed by Bishop Jean – Patrick Iba-Ba head of the dioceses of Libreville states that all places of worship should be opened on October 25th. This is captured in these articles.

Jeune Afrique in his article notes in one of the lines that “Tensions are growing between Christians and the Gabonese government around the date for the reopening of places of worship. Priests and pastors say they are determined to celebrate services on October 25, despite the risk of fines.” (translated to English)

WHY ATTRIBUTE GABON VIDEO TO CAMEROON

In Cameroon, school children were killed and a dozen hospitalized after the attack on Mother Theresa Bilingual International College situated in Kumba of the South West Region.

Cameroons communication minister notes in a release that “The first assessment report of this terrorist attack reveals as follows:

The incident sparked widespread condemnation.  Street demonstrations to denounce the act announced in some towns of Cameroon. But in Cameroon, protesters and demonstrators have met government resistance. Many have been shot; some arrested and are still in detention centers in the country. In the face of the armed conflict in the North West and South West Regions of Cameroon, videos of such resistance from government forces have secretly been filmed and posted on social media.

Protest against the kumba killings also described as barbaric started in Cameroon on October 25th and videos made rounds on social media. One of such is this thirty one seconds video with officers mounting resistance against a group of persons chanting religious sons in the French language.  It was posted on the Facebook page of Patrick A Ndangoh with 53 931 followers.

The above post shared 109 times; with 8300 views as at the time of this report suggest that the combat ready officers were elements of Cameroons security force stopping a Bishop and Christians from going out to protest the killing of children.

On the 14th second of the video, someone is dressed in military attire not typical of Cameroonian army.

Although no indication as to where the video was filmed, two out of 103 comments suggested it was not a protest in Cameroon.

After analysis using Google image reverse search it is concluded the images first circulated the social media on October 25th, 2020. The captured images marched many published in articles indicating there was a standoff  between Christians and government forces in Gabon.

More videos appear on the Facebook page of  “Eglise Catholique du Gabon” with some showing forces throwing tear gas at Christian preventing them from holding services.

Church leaders had planned on launching their activities saying the governments restriction is a violation of their right of worship but the Gabonese interior minister said they will reopened but not before the 30th   of October, 2020. This explains the intervention of riot officers.

The miners therefore conclude that the video showing officers blocking Christians is not in any way linked to Cameroon. It is fake news circulated for propaganda.

Partager la publication "Fact-Checking: No, Police did not block protesters of the massacre in Kumba"