Fact-checking: The Picture announcing the release of Wawa Jackson is wrong 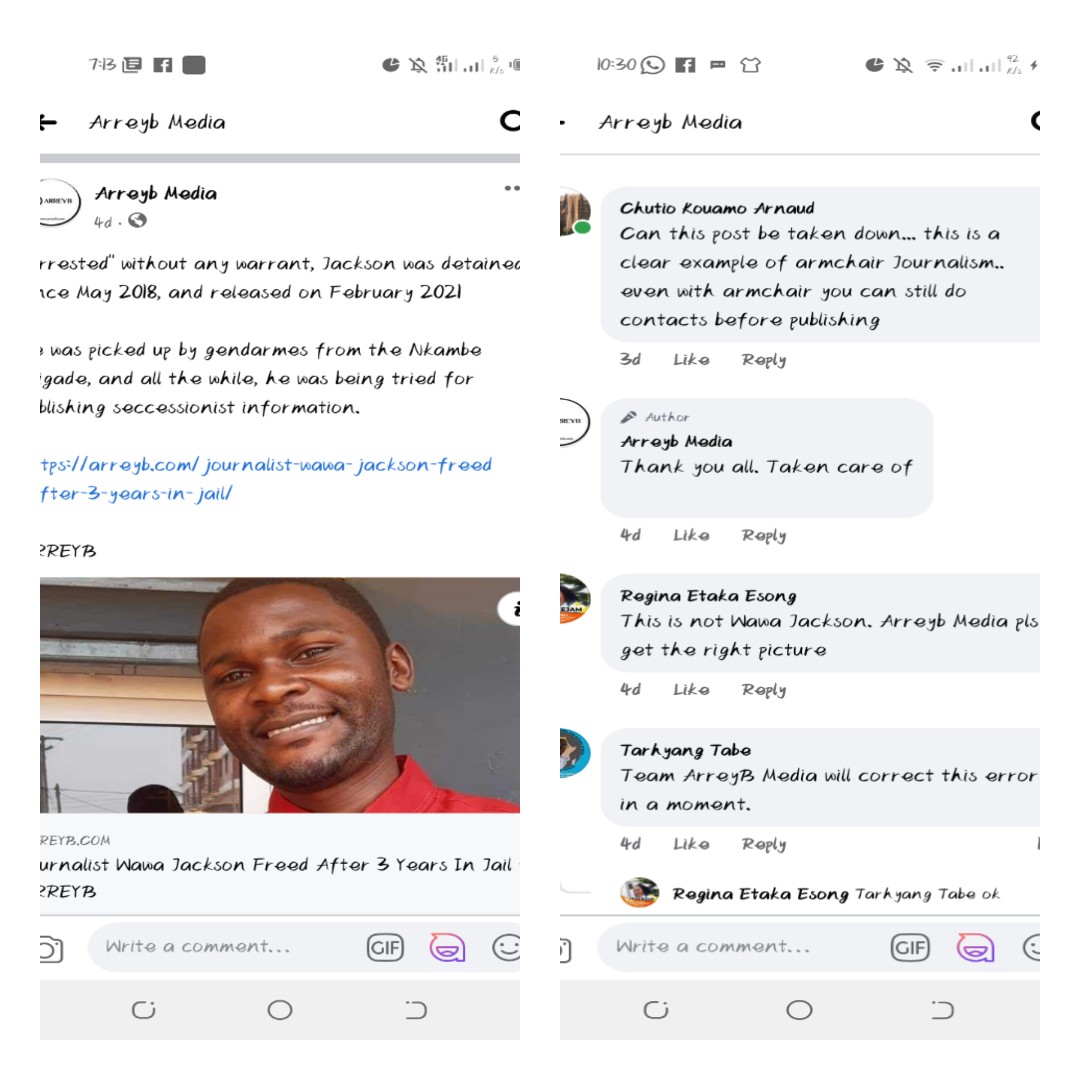 On Monday February 20, 2021, the blogger Arrey Bate published a story on his blog, announcing the release of the journalist Wawa Jackson who was arrested some three years back. However, after fact checking the story, the picture used is not that of Wawa Jackson but another journalist Laarry Uchenna.

The story which has received several comments on Facebook has persons calling on the author to change the picture of the story.

Going through the comment section, it appeared the author and his collaborators seem to appologise and noted the photo will be changed. And it would appear it has because clicking on the link to the story, the real picture of Wawa Jackson can be seen.

In a move to ascertain who exactly the first picture used it, doing a reverse image search on SmallSeTools, the findings revealed the same site (Arrey B) has used the two pictures interchangeably.

On March 18, 2020, the site announced that “CJTU, Cameroon Journalists’ Trade Union has raised alarm to local and international press about the disappearance of Laarry Uchenna (real name Lawrence Chiggle)” Adding that the organization says the Cameroonian journalist has not been seen since the early hours of Tuesday March 17, 2020 and there are indications that he is kidnapped.

Fast forward to May 03 2020 in yet another article captioned The Targeting, Jailing And Harassment Of Journalists In Cameroon, the reporter carries the same picture but attributes the picture to Wawa Jackson.

It would appear Laarry Uchenna whose picture has been used wrongly is not taking this lightly as he recently uploaded a post on his facebook page LAARRY’S NEWS ROOM with a picture of Arrey Bate with the Caption “Wanted” to access the link however, you must be granted permission.

Bloggers must be careful with the photos they upload as this may cause tension. They should cross-check and be sure before publishing posts.

Work carried out as part of the 3rd cohort of the #AFFCameroon program with the financial support of #defyhatenow and the technical participation of DataCameroon.