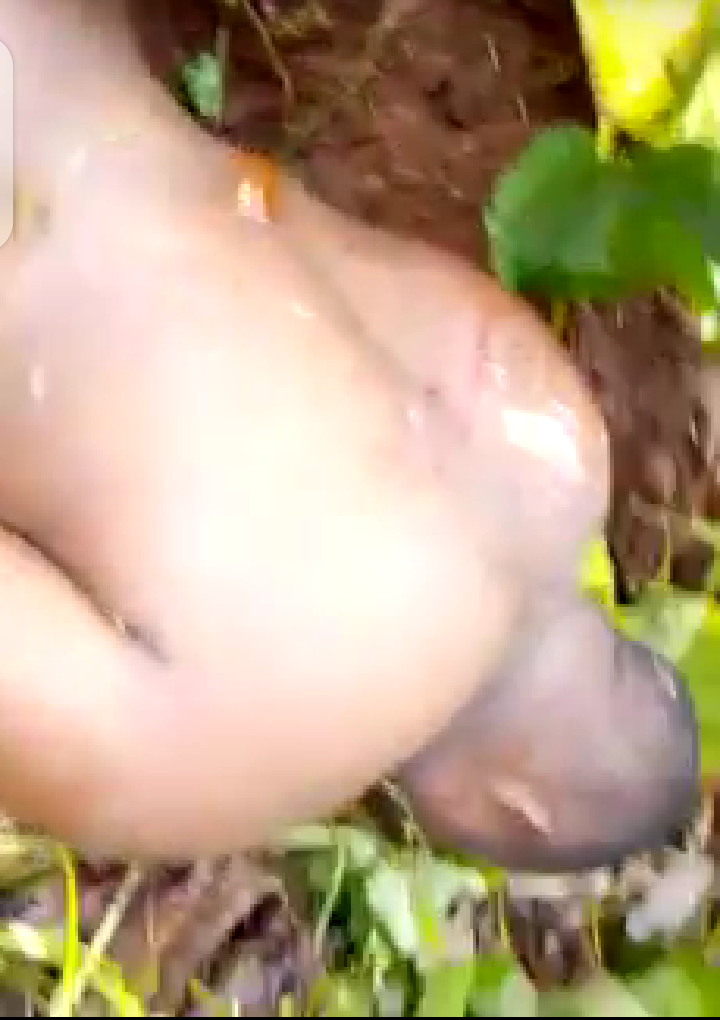 Some suspected members of a yet to be identified non state armed group operating somewhere in Bamenda, North West Region of Cameroon recently released a video footage in which they claimed to have killed the « Big Man » (high ranking authority) of judicial police. DataCameroon after fact checking found out that it was a false claim.

A shocking video was recently circulated on social media mostly WhatsApp groups in which a lifeless body is being filmed and a panting voice heard saying « Yes na one tongtu man this way we dong killam. Na big man this for judicial, na yi this we dong killam. Fuck all the ekelebe. Pima for you. Na their commander this for judicial for up station. Yi mami » [Yes, this is one Bamileke man we’ve killed. This is the commissioner of judicial police we’ve killed. Fuck all the police.]

The lifeless body lies in a farmland with fresh wounds on several parts of the skin, indicating the murder act just took place. Around the 15th second of the video, a close look indicates that the victim was likely slain as a deep cut is noticed on his neck. The person speaking over the body doesn’t say why the victim was brutally murdered. All he does is keep repeating that « this is a high authority in the police we’ve killed » (in pidgin-English) insinuating that it was the commissioner.

Other background voices are heard in the said video. The use of the collective pronoun « We » by the main speaker confirms that the coordinated macabre act was executed by a constituted group of murderers. The said video with a duration of 31 seconds ends with a call from one of the boys for them to quite the scene as he pleads _ »Let’s go »_ and hurriedly they took off.

With this foreknowledge, we dug deeper into the story beginning with a search over the internet for any report about the incidence and found just one publication by Cameroon News Agency dated May 16, 2020 at 05:25pm, link here attached: https://www.facebook.com/652585094854545/posts/2866779863435046/?app=fblThe sitereported that the victim, alleged to be a military informant was killed by Ambazonia fighters in Mulang quarter, Bamenda and gave his name as Mitonmbobi Kevin.

DataCameroon also searched through the papers and discovered that La Nouvel Expression, Edition No. 5221 of Monday 18 May 2020, page 4 carried the story headlined Crise Anglophone: Tué à la place d’un commissaire de police [Anglophone Crisis: Killed in Place of a Police Commissioner]. In the report, the paper revealed that Mitonmbombi Kevin Tiengieh alias Fat Joe was murdered on Saturday May 16 2020 by some armed men after which they released a video footage claiming to have killed the commissioner (which they called « Big Man ») of judicial police Bamenda.

The paper went ahead to unravel a biography of the deceased. He was a civilian playing middleman role at the judicial police station in Bamenda where in exchange for financial remunerations, he facilitated the process of acquiring or signing of documents by citizens. Born in 1984 in Bafanji, Ngoketunjia Division in the North West Region, the late Mitonmbombi Kevin Tiengieh because of his closeness to men in uniform was taken for an informant otherwise referred to as « indic » It’s likely for this reason that his life was taken away.

Having confirmed that Kevin wasn’t a police officer, we visited the judicial police station at Old Town, Bamenda to find out if their « Big Man » was killed as claimed in the video. Though  DataCameroon couldn’t be granted an interview, we however got full confirmation that the head of the unit, Commissioner Seukep Denis is still very much alive and going about performing his state duties unperturbed.

Noosing the internet again for the name « Seukep Denis », we discovered that this wasn’t the first time non state armed fighters had claimed to have killed him. The site www.ambanews24.com, link here attached https://ambanews24.com/cameroon-police-suffer-casualties-from-adf-separatist-fighters-in-ambazonia/ had on October 30th 2019 published that Cameroon Police Suffer Casualties from ADF Separatist Fighters in Ambazonia. In the report by a certain Stanislus Wanda that was also shared on the Facebook page AGovC Spokesperson with AGovC standing for Ambazonia Governing Council, « the ADF fighters lunched an attack that left at least one police officer dead, and many others seriously wounded, some with life threatening injuries. » The report carries a bloody image of a damaged face and captioned it that « CPP Seukep Denis killed in Ambazonia ». Using TinEye, a reverse image search engine, we couldn’t assertion the origin of the image. Today, Commissioner Seukep Denis still alive, hale and hearty.

In the course of the ongoing armed conflict in the two English speaking regions of Cameroon, persons having close links with the military are often termed blacklegs by non-state armed fighters and thus attacked. Cases of military attacks on persons having close links with the fighters too have also been reported. They’ve been incessant calls from national and international bodies for both warring factions to down their weapons and dialogue yet ceasefire seems farfetched.