«Getting involved, – Africa-Europe Dialogues» forum: giving voice to the youth! 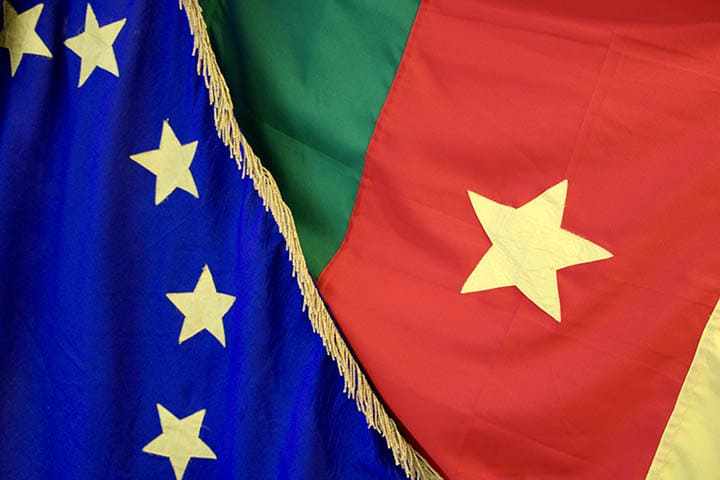 An Africa-Europe Forum, dedicated to the commitment of civil societies and youth, will bring together 200 people in Yaoundé from 1 to 3 December 2022
1 décembre 2022 DataCameroon Actualités

“Getting involved, – Africa-Europe Dialogues » forum: giving voice to the youth!

From December 1 to 3, 2022, the « Getting Involved ! – Africa-Europe Dialogues » forum will hold in Yaoundé, Cameroon, bringing together over 200 participants from Europe and Africa. African and European youths working within the civil society will occupy a central place in the discussions.

Two hundred personalities from over fifteen African and European countries are meeting in Yaounde, Cameroon from Thursday December 1, to Saturday December 3, 2022 for the « Getting Involved –Africa-Europe Dialogues» forum.

Human rights activists, sociologists, and entrepreneurs from Europe and Africa will meet for three days to discuss Africa Europe relations. A diverse range of actors is invited to engage in debates aimed at « mobilizing civil societies, advocating to decision-makers while reflecting together on the common challenges faced by Africa and Europe », as explained by Michèle Abé, member of the Follow-up Council.

According to Achille Mbembe, a Cameroonian historian and university lecturer, these three days will make it possible « to open a space for meetings and dialogue between the forces of change on the continent and those in France who dream of a different type of relationship between Africa and Europe ».

One year after the New Africa-France Summit in Montpellier, the Yaoundé forum is one of a series of nine meetings.

Following the Johannesburg forum in October 2022 and preceding the one in February 2023 in Algeria, the Yaoundé forum will be devoted to « commitment », particularly among young people.

Conferences, workshops and artistic performances will provide opportunities for participants to highlight their voice and their role in the development of a new relationship between the African and European continents.

« My greatest challenge today is to build a dignified and sovereign Africa, open to itself and to the world ». Says Achille Mbembe.

This article was produced in collaboration with Media & Democracy (M&D), as part of the Yaoundé Regional Forum « Our Future »
A lire aussi :  Forum « S’engager ! - Dialogues Afrique-Europe » : parole à la jeunesse !