« Many of us died trying to fabricate locally made arms» 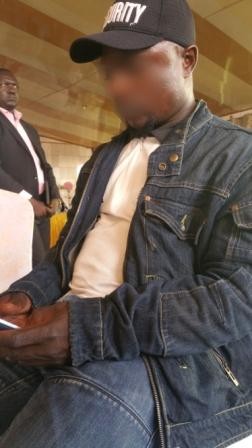 This was the opening statement of the ex- Red Dragon General whose name has been withheld for obvious reasons. I met and did an interview with him on the sidelines of a gathering of some elites of Lebialem Division who were meeting in Dschang on Sunday November 24, 2019.

Why did you decamp from the Red Dragons?

I left the camp that should be on January 6, 2019. I joined the Red Dragons on my own nobody convinced me but after working and carrying out missions and operations for the Field Marshall, I come to realise that most of the things we were doing were not beneficial to us. I led a camp of more than 20 Red Dragons receiving instructions from me on the orders of the Field Marshall. I remember at one point, the Field Marshall asked us to go and set one palace of a Fon ablaze, on our way, I asked the group that I was leading to return without carrying the act. On the way, I ask myself that this Fon in question had done nothing wrong and so why are we going to burn down his palace?When we got back and I gave my report to Field Marshall why we could not burn the palace, he ordered that i should be locked up for three days. I never did more than three days because each time I am locked up and there is a pending attack by La Republic Forces he would ordered my release to reinforce the boys. I also observed that some combatants were engaged in looting the homes of deserted communities.

Do you people use fetish objects to fight the Military?

We became conversant with the use of fetish objects to fortify ourselves. This ‘’juju’’ is effective if not many would have fallen to the bullets of the military. But we also have rules to obey and follow. The first thing to avoid is theft. Do not steal if you have taken the fetish protection and also you should have nothing to do with a woman especially when she is in her period.

Were young girls also part of the camp that you control?

Girls were also part of us. We lost many, many of the boys died trying to fabricate deadly locally made arms. When we do the local fabrication, we try to taste how it would work,it is in the process of trying to manipulate that at times these arms will detonate and cause the death of whosoever wanted to manipulate it. Many died in this process because we needed to fabricate such because we had shortages in the camps, the den guns could not match the AK47 and other types of guns that La Republic Forces had.

How did you carry out operations?

Most at times we attack the military. They would hardly attack us if there is no incident.We go to where they are stationed and attack. I want to also say that some local people were in collaboration with the military, they would keep them in their homes and lock the door if they notice we are around and the truth is, if we succeed to kill a military the retaliation is usually deadly in the community because when they come everything they find they would shoot at it, we also react vice versa.

How were you sustaining your camp and those under your charge?

Sustaining the camp is not easy. When I left, I convinced two girls to go with me. These girls left the camp and stayed with me for over a week but it was not easy to take care of their needs. They went back to the camp and joined in one operation which I later learnt they were killed. I felt so bad for them.

What was the reaction of Field Marshall after you left the camp?

My house was burnt down on the instructions of Field Marshall after several attempts for me to come back to the camp. I was one of his brave ‘’Generals’’, he knew my worth and had even made me, one of his Chiefs when he named himself the supreme Fon of Lebialem.

Did you leave the camp with other members of the Red Dragons?

After I left, I have brought more than 40 boys out of the camps; some went to Yaounde during the Major National Dialogue. I need peace to come back to Lebialem. I am also helping to disarm the groups now by accessing where their arm is kept. It is a dangerous mission but it is worth it. We are dying every day and someone needs to dare for all of these to end the war.

Do you still communicate with those in the bushes?

I receive calls every day from them. Most of them say they are ready to quit the camps.

How many Red Dragons have been killed so far while you were in the camp?

When I was there as a General I protected my boys and in my camp a few died trying to manipulate locally made guns. Some deaths were recorded in other camps but I do not have exact details of how many were killed since each camp is managed independently.

How many military men did you kill?

I cannot disclose that information to you except on oath. But know that some of the things we did were horrible.

Any word to those still in the bushes?

We cannot continue to do this. Our villages are deserted, I do not even know where my relatives are I wish to say that they should come out I am willing to help and show them the way to safety because I understand it is not easy to decamp.