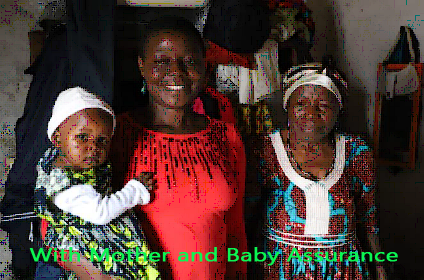 The continuing Anglophone crisis in Cameroon has succeeded in creating waves of Internally Displaced Persons (IDPs), especially in the English-speaking North West and South West Regions of the country. No area seems secured and so the IDPs keep moving…

The worsening security situation in the North and South West Anglophone Regions is not showing any signs of abating as news of senseless killings, kidnappings and destruction of properties remain the order of the day. Both government forces and separatist fighters have been accused by various rights groups of perpetrating different exactions. So far, more than Fifty Thousand Cameroonians from the North West and South West English-speaking Regions of the country now live in neighbouring Nigeria.  People have fled the conflict areas, resulting in an unprecedented increase of Internally Displaced Persons (IDP). What is the number? 250 thousand, 500 thousand? … no one can state with exactitude.

Bamenda is the capital of the North West Region and has absorbed a good percentage of the IDPs from the hinterlands in the absence of special camps.

One of the displaced persons is Mukwa Constance. Like many others she has been moving from one locality to the other; first from her job site and then from her home where she escaped to seek refuge and she keeps moving on…

“Like a bad dream, the whole town was awakened by sounds of gunshots and we all started running for our lives. With nowhere to run to, I headed for the bush with myfive-year-old daughter, Chekina, blindly following the local population that mastered the terrain.Some people who were also running for safety followed us. We were in the bush for many days without food or water.”

Constance was a teacher with a privately-owned secondary school in Belo, North West Cameroon, one of the strongholds of the separatists. Following the killing of a gendarme officer, the military invaded the locality and she had to accompany other villagers to take refuge in the hills and then did close to 15 km on foot to a health outfit before going to meet her mother in Acha Tugi in Momo Division.

Little did she imagine that her next refuge, her home of birth, Acha Tugi, supposedly expected to give them more comfort was soon to be a no-go-zone. Not long had they settled that a military officer was killed by the separatists and the army invaded the area. “I was pregnant with my second child. We had to escape and took refuge in a cave under a rock with no food for two days….When the fighting subsided we had to smuggled with my daughter and mother trekking for about two weeks to the nearest safest place in Mbengwi…before taking a commercial moto bike to Bamenda where in fact we didn’t know where we were going to stay”, she narrates holding back tears.

By some luck one of her former students offered her a temporary home before they could rent a home. But Constance ordeals were far from over; “We were all sleeping on the bare floor on cartoons, though heavily pregnant. Look at my hair; I have not done it for close to a year. I later put to birth through caesarian section in a privately owned clinic.(A baby girl she happily christenedAssurance). But thanks to the goodwill of the Doctor, I was allowed to come pay the medical bills later.”She was able to pay an advance of 100 thousand FCFA (about 166 USD) with 150 thousand (250 USD) still pending.

A former colleague would later direct her to Youth Outreach Programme (YOP), a Non-Governmental Organization that has been assisting the displaced thanks to the assistance of Swiss-based faith organization Mission 21. Since then it has been like manner from heaven. Amidst smiles Constance says “YOP has provided us beddings, mattress, blanket, some dignity kids and even some food money. I am very happy that my 7-year-old daughter can now attend the education clinic offered by YOP, computer lessons, general knowledge, English and Mathematics are taught there. I am happy she would not be totally blank whenever schools resume.” For three years now they Anglophone separatist have declared a school boycott in the disputed Regions.

“As for me I have been taught how to make beads, pastries, I can fry my doughnuts, chin chin and other things and sell. We attended a post trauma healing seminar. It has really helped me. I used to sit like this and contemplate of committing suicide when I think of all that I have passed through. They advised us to put all our problems to the Cross and the pastor prayed for us. To me all that happened in the past is something that has gone. I do not even think of it again. In short, I am very happy with YOP”.

YOP became Schekina’s family. In September 2019, Constance was called by the Education Department of her former employer. She was needed in Hawae on the outskirts of Yaounde, Cameroon’s political capitalto teach if she was available and interest. She was!

Constance may have been lucky. But many other IDPs are still languishing in limbo. Even at that, for how long shall the likes of Constance keep living on charity?

Schekinais doing well and looking forward to a brighter future. “I keep praying that this war should stop so that one day we can go back home, but I am happy to be in class and to be learning French!” Same hope in her mother, Constance, assured like her daughter, Assurance, that one day they shall all sing; “Home again, Home again, when shall I see my Home…When shall I see my Native Land, I will Never forget my Home…”

Mokun Njouny Nelson has been trailing the path of an IDP.