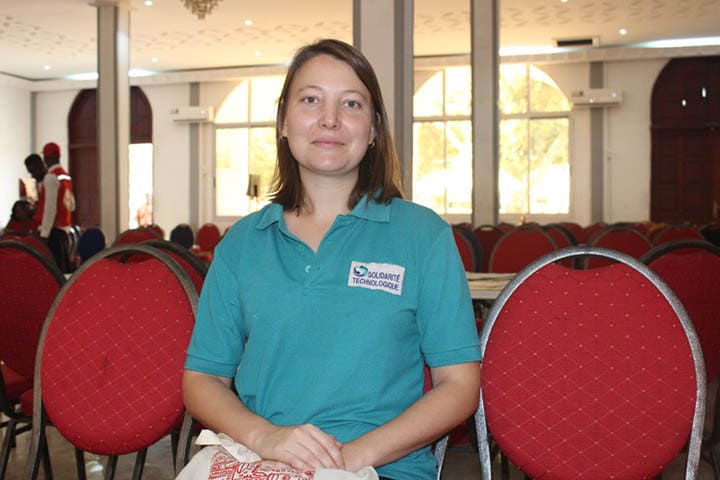 As over 200 participants from 15 African and European Countries close the Yaoundé Regional Forum this Saturday December 3, on the Our Future Africa-Europe Dialogues, experts are discussing ways on making the Africa-Europe relations guarantee a more sustainable world climate change.

Continuing in the spirit of COP27 that just ended in Egypt, Malena Jeantet, a young French Volunteer working on electronic waste recycling in Cameroon for a non profit organization known as Solidarité Technologique, thinks Europe needs to feel the financial burden of climate change mitigation more than Africa. According to her, “Europe and developed countries are the ones most responsible for environmental degradation but when you look at the impact, Africa is suffering the most due to pollution from extraction of primary resources by Europe and developed countries. When it comes to financing climate action, Europe should finance adaptation to climate change not Africa.”

This young French citizen is working in Cameroon for the past three years on electronic waste. To her, recycling feels like a responsibility to try to mitigate the impact of what the West is leaving in Africa as far as climate change is concerned. “That is why I feel like it is a duty to be here because I come from Europe which has been mainly responsible for the climate problem in Africa, even if Africa is developing now”, she said.

While Solidarité Technologique is managing electronic waste recycling in Cameroon, they are also trying to give more lifespan to electronic devices by carrying out repairs and only discarding of a device when it is bad beyond repairs so as to limit the exploitation of primary resources.

This article was produced in collaboration with Media & Democracy (M&D), as part of the Yaoundé Regional Forum « Our Future »
A lire aussi :  Forum « S’engager ! - Dialogues Afrique-Europe » : parole à la jeunesse !