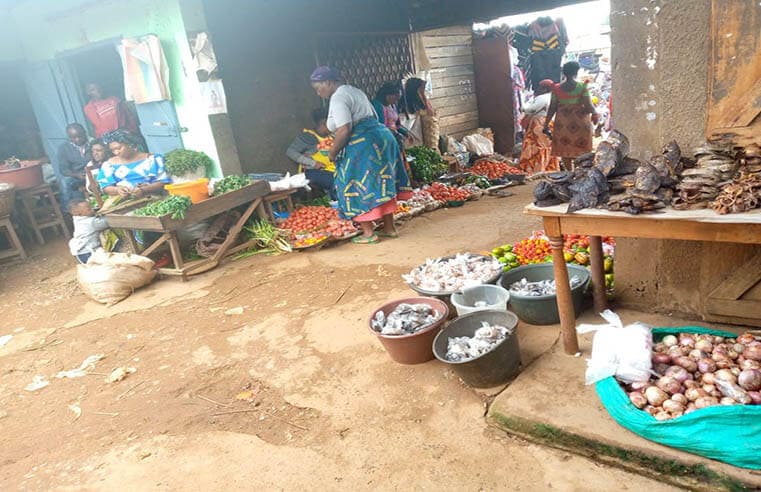 Price hikes BamendaBamenda is gradually joining the ranks of expensive cities in Cameroon due to its current inflation rate.

“The frequent road blocks imposed by separatist fighters on the Bamenda-Ekok road, is one of the reasons why the costs of goods havePrice hikes Bamenda increased. Traders spent a lot in transporting these goods. Customers think we deliberately add these prices,” Lum Sheron, trader at the food market explains.

To Honorine Ngum, a ‘buyam-sellam’ at the Nkwen market, they increased the prices of food products like maize and bean, so they can have enough money to buy fertilizer for the next farming season. “The price of 1 kilo of Urea fertilizer rose from 800 frs to 1000frs. A bag of 20:10:10 is 50000 F Cfa”.

Stanley Mokum, a Price hikes Bamendatrader explains that the bad conditions of the Bafoussam – Bamenda high way destroys cars, thus suppliers increase the prices of goods to repair their cars and cover other costs.

The Regional delegate of Trade for the North-West Region, Foncha Ghogomoh says the price hikes are due to the ongoing crisis in the region. “Farmers have difficulties transporting their produce to the farmers. So, they add prices to make profit”.

To consumers like Slyvia Atanga, the crisis has worsened the situation.“It is worse with the crisis as mother’s find it difficult to subsidizes food through subsistence farming in far off farm lands. The crisis has brought with it lots of security concerns. As such, most families depend on buying food stuffs from the market”.

According to Cameroon’s National Institute of Statistics (NIS), the inflation rate of Bamenda now stands at 4.4%. this price hike is mainly due to an increase in the price of food products, especially, bread, cereals, flour and oil.

To fight inflation, the Cameroon parliament Price hikes Bamendain June, increased the provision of the 2022 finance law which supports essential prices to 40 billion FCFA. However, this change is yet to be felt on the ground by traders and consumers.